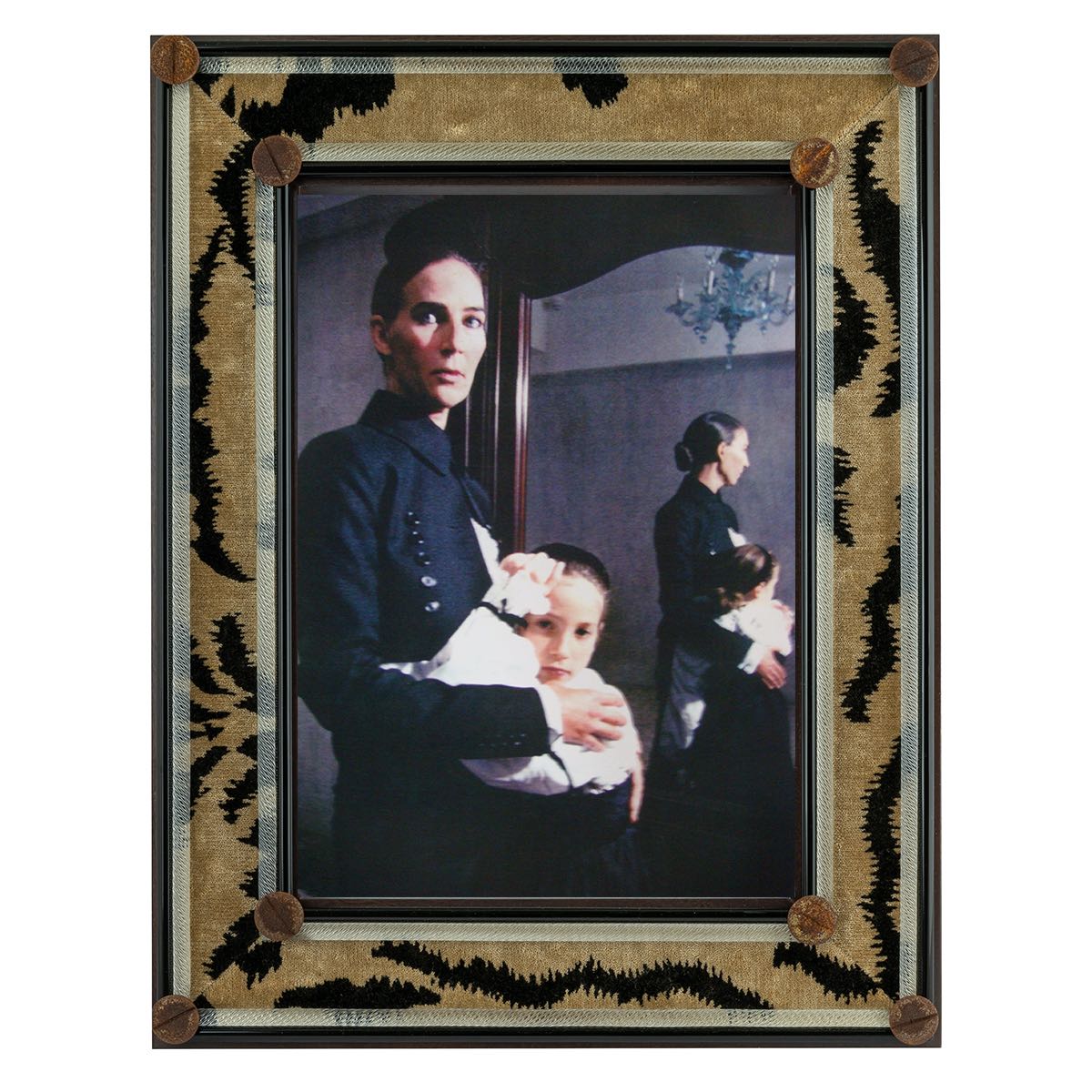 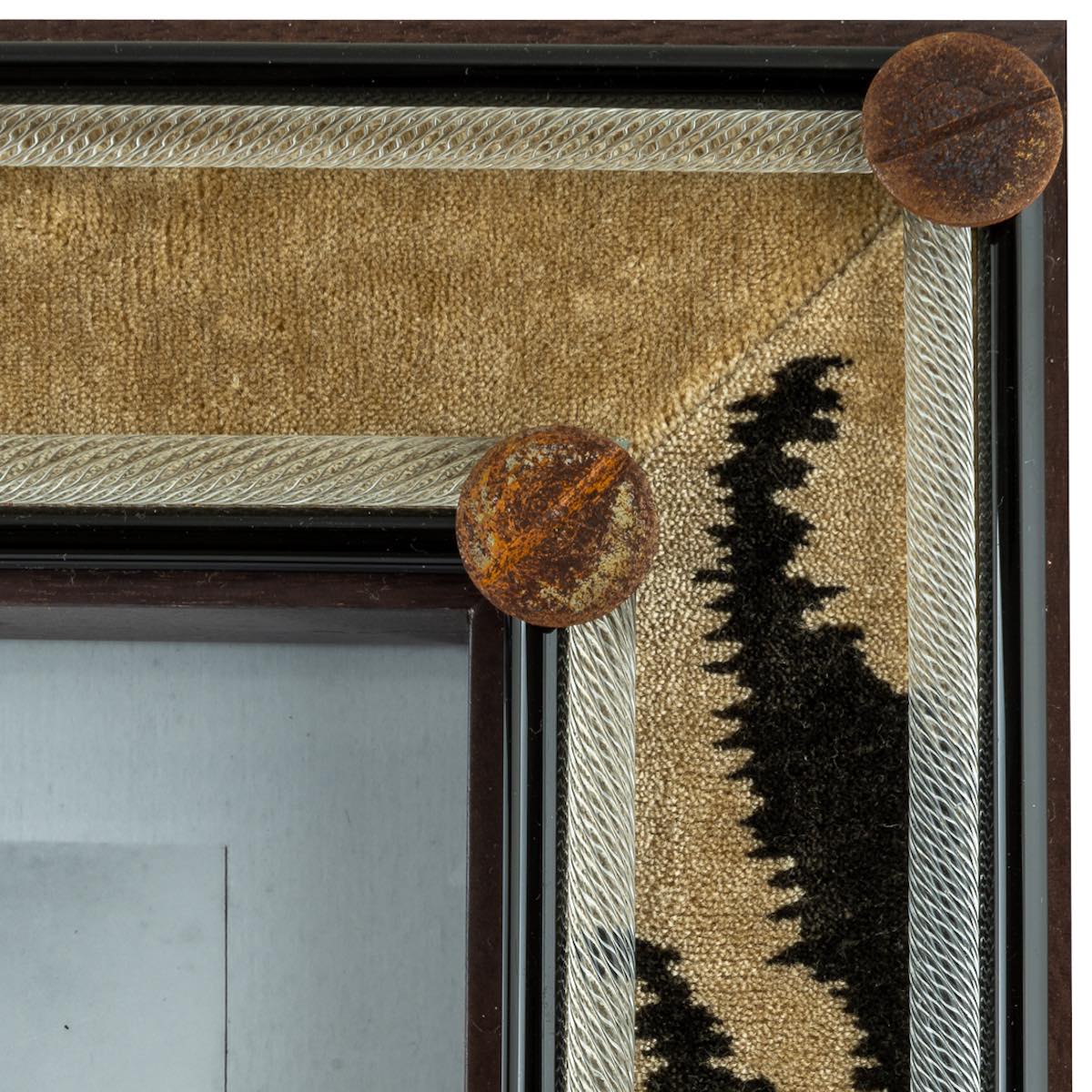 Of rectangular shape, the Tigre picture frame in crocodile velvet combines Tessitura Luigi Bevilacqua fabric with a handmade wooden base and Murano glass.

Bianca and Mafalda shot in 2006 by Deborah Turbeville at Palazzo Papadopoli.

Bianca tells the story of when “Franca Sozzani came to visit with her son Francesco on an early September day during Mostra del Cinema. I showed them the bel étage of our home, Palazzo Papadopoli, which we had just finished renovating with Herculean labours. Franca asked if she could have us photographed for Vogue Italia. She already knew what the answer was going to be.

About a month later the great photographer Deborah Turbeville landed in Venice with the world-renowned stylist Robert Rabensteiner. We spent three days yoghurt, we had a bast ! And most importantly, the photos are a wonderful souvenir of those amazing days. Deborah later sent us a photo album of all the shots. I cherish the book dearly”.

A few years later and after additional herculean labours, Palazzo Papadopoli became of of the nicest hotels in Italy, the Aman Venice.

The Tigre frame, assembled by Venetian artisans, unites in great harmony the Tessitura Luigi Bevilacqua velvets with the mahogany wood, the Murano glass canes, and the nails that are used to support the large mirrors in the Palazzi.

Giberto Arrivabene chose the precious Tigre velvet produced by Tessitura Luigi Bevilacqua: historic laboratory on the Grand Canal in Venice that to this day weaves its velvets with XVIII century looms.

The fabric, the glass canne, or canes, personally chosen by Giberto in the Murano furnaces where they are handblown, and the metal nails contribute in giving the frame an elegant look and strong character. The mahogany base adds a feeling of solidity.