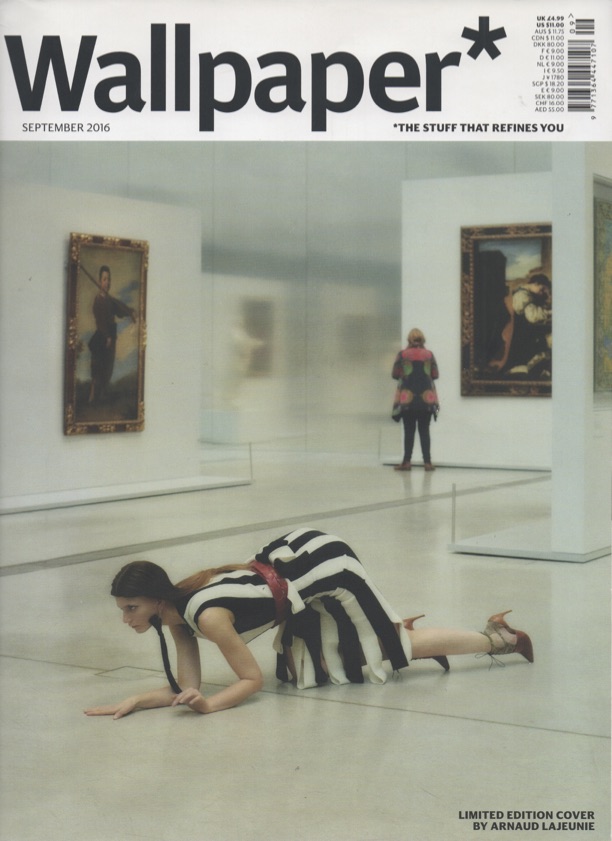 Home slick: why we are tickled pink by Dior Maison’s new collection

The sumptuously furnished, Peter Marino-designed House of Dior opened on London’s New Bond Street earlier this summer and is the first to display the new Dior Maison collection. Creative director Isabelle Dubern was tasked with creating a range that reflects the DNA of the fashion house, while holding its own in a community that is increasingly as discriminating about the quality of the accessories that top its table as trim its frames.

‘I imagined what could be a Dior house today, with its furniture, its art, its objects, and I built the collection by dreaming it and enlisting artists and artisans who understood Dior’s codes,’ Dubern says. The roll-call of contributors is a mix of established designer and artists, such as India Mahdavi, alongside younger design-world mavericks, including glass artist Jeremy Maxwell Wintrebert.

Pictured here are pieces from the Murano glassware collection by Venetian designer Giberto Arrivabene, which feature Dior’s signature colour palette of pink and grey. He has also produced a series of clear crystal drinking glasses etched with notable Parisian addresses, such as 30 Avenue Montaigne and Place Vendôme. 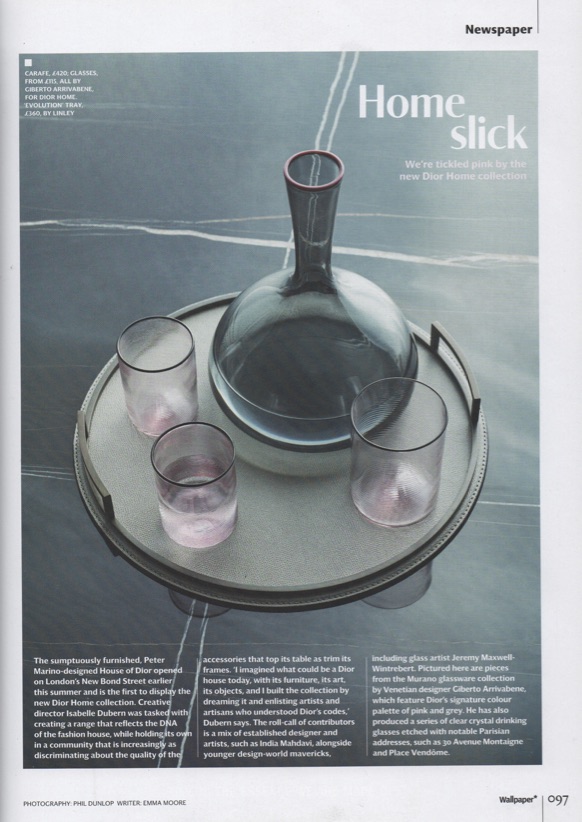