Cinderella for a night in Venice – FATHOM

Cinderella for a Night in Venice

In June, Amanresorts opened its latest property, Aman Canal Grande Venice, one of the few European hotels the company’s portfolio. Liza Foreman checks in and not surprisingly finds it to be as exquisite and magical as Aman hotels always are. 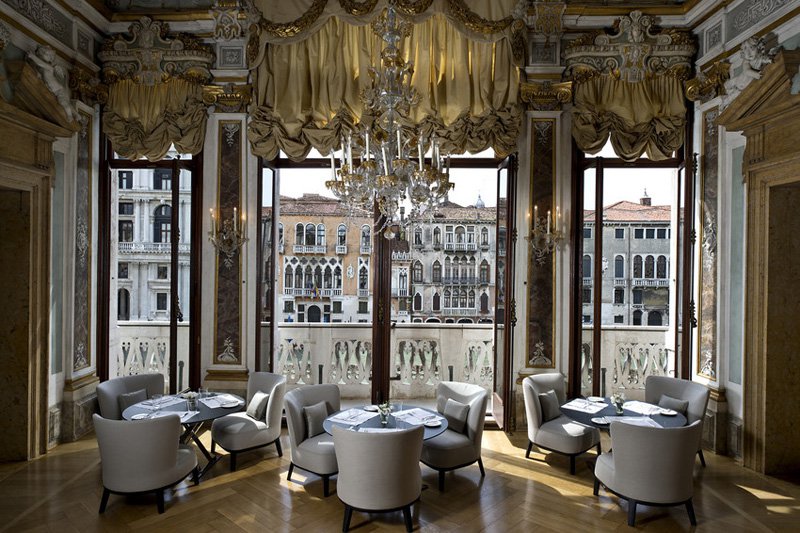 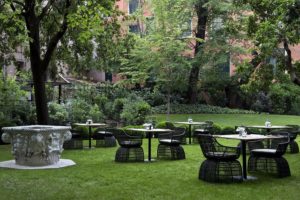 VENICE – Leaving my OAP (old age pensioner’s) holiday camp on the Lido, where a friend and I had stayed for the Venice Film Festival, sleeping in what looked like former army barracks, I hopped on a vaporetto for the short boat ride over to Venice, in great anticipation of spending the night for a treat in the largest private palazzo on the Grand Canal. 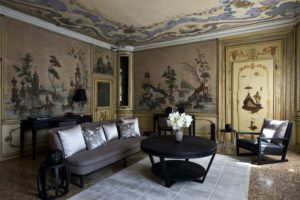 As the boat wound its way towards the Rialto Bridge, I sized up the beautiful buildings dotted with obscure Biennale art, trying to spot my new home, which dated back to 1555.

The count and countess whose family has lived here since the 19th century live on the top floor. Count Giberto Arrivabene Valenti Gonzaga and Countess Bianca di Savoia Aosta Arrivabene can still be seen throughout the hotel, and when I arrived they were downstairs having lunch. 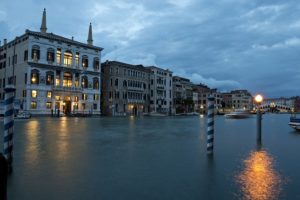 Olivia Richli, the glamorous and charming hotel manager, informed me upon arrival in the towering reception hall, with its fabled Lepanto lantern, that Valentino would be holding a ball that night in Palazzo Volpi just across the way.

She suggested dinner on the piano nobile, the most elegant floor of a palazzo home, the floor where the nobles did their entertaining. Invited guests would be gathering for drinks before the show, she said. 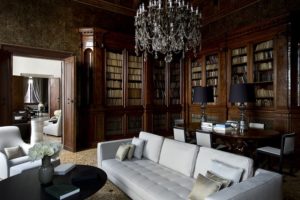 I had packed a Vivienne Westwood dress into my night bag and, after spending a good few minutes exploring my palatial room, with exquisite frescoes on the ceilings of both the bedroom and the vast bathroom, not to mention a Murano chandelier, I phoned room service and asked them to save my crumpled dress and wandered up to the spa to get my eyebrows fixed. 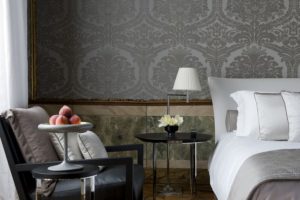 A ball at short notice!

I poured an entire jar of bath salts into the tub, ate all the chocolate I could find in the mini bar, ordered tea (which arrived 30 seconds later), and appeared for drinks at the appointed hour, 6.30 p.m., and wandered around in awe, snapping photos, a glass of wine in hand.

The opulent palatial interior features a labyrinth of elegant rooms: a dining room in the former ballroom; a bar in a count’s bedroom; a neo-baroque library; reading nooks and vast salons decorated in a variety of styles, including neo-renaissance and rococo – think beautiful wallpapers, large mirrors, lavish stucco, incredible frescoes, and, now, modern furniture. 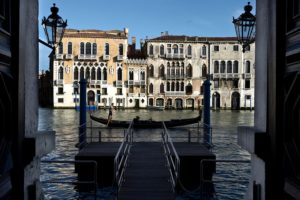 The count and countess arrived in elegant eveningwear and chatted on the balcony until the Valentino designers appeared for drinks.

As we nibbled on Thai dishes, green curry, and pot sticks, the boats started pulling up to the palazzo and we watched the show unfold. We tried to convince the concierge to find a spare ticket from the pile that had arrived earlier that day for guests, but no luck. So we settled for a spin on the hotel’s sparkling new boat to take a closer look at the ball. 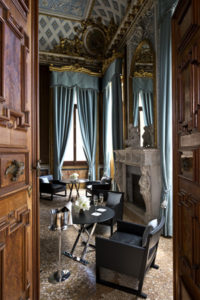 The next morning, for breakfast, I awoke to find an empty palazzo and ate a Thai-themed frittata overlooking the water while gondoliers sang below.

I resolved not to leave for the entire 24-hour duration of my stay.

I had an entire palazzo to myself for a few hours.

At the appointed hour, I went up to meet the countess in the library. After a short tour of her home, Bianca showed some of her husband’s glassware line, Giberto, which sells in the shop downstairs. 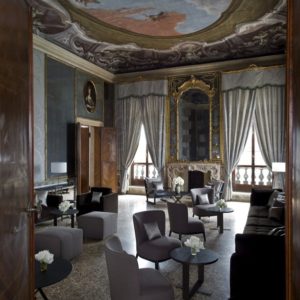 I spent the afternoon writing in the library, often moving seats to get a better view of the interior, before going on a wander, first to the gardens to the back and side of the palazzo, then to the outside world.

After tea, it was time to take the boat back to the Lido and settle back into life at the holiday camp. I consoled myself with the idea of having my own private beach and jumped into the water as soon as I had paddled up the Lido, ignoring the lifeguard, the sole figure on the sand. 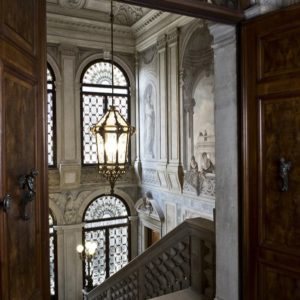 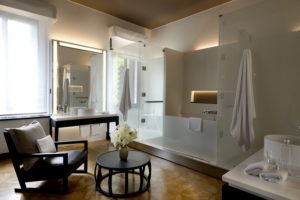 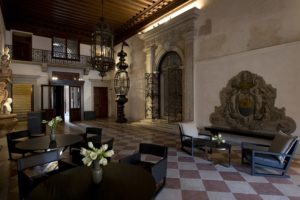