Welcome to our Palazzo – THE TIMES MAGAZINE

Welcome to our Palazzo

One of Venice’s grandest palaces is also home to a family of seven who have restored it to its former glory. So what’s it like to grow up in 16th-century splendour on the Grand Canal? 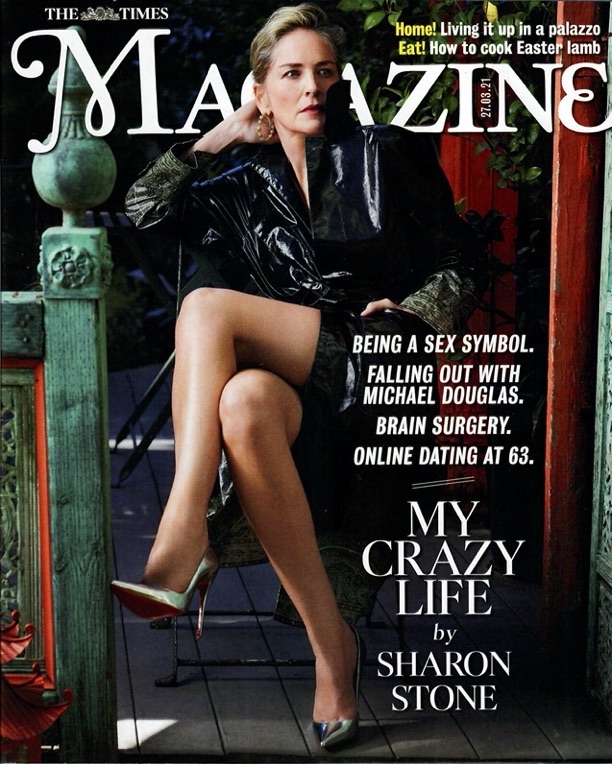 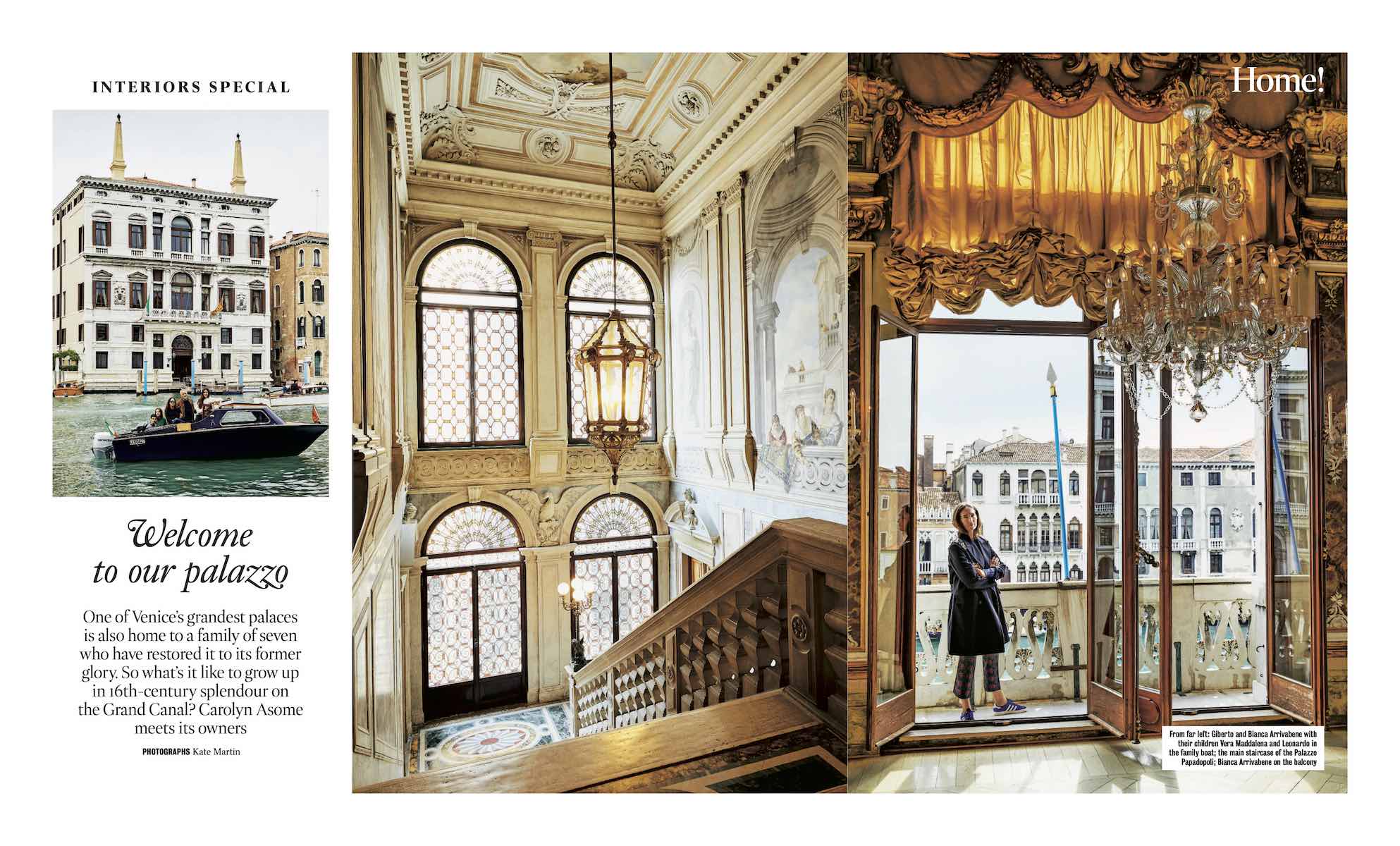 Instantly recognisable by the two obelisks that sit on its roof, the Palazzo Papadopoli is an imposing sight, built around 1560 and significant enough to have been painted by Veronese and drawn by Turner. Its 21,000sq ft interior makes it one of the biggest private palazzi on the Grand Canal and certainly one of the grandest in Venice.

Converted to an Aman hotel that opened in 2013, it is also a private house. For the past 30 years, the top floor has been the home of Bianca Arrivabene, or the Princess of Savoy-Aosta to use her full birth title, a descendant of Queen Victoria through her paternal grandmother.

The childhood bedroom of her husband, Count Giberto Arrivabene Valenti Gonzaga, looked onto the Grand Canal, where he would fall asleep listening to the gondolieri singing Santa Lucia. It is also where they brought up their five children – four daughters and a son aged between 19 and 29.

Bianca Arrivabene, who had grown up on a Tuscan farm, moved in a year after getting married at the age of 23, when her husband took a job with AON insurance brokers. And so began the gargantuan task of maintaining a crumbling palazzo, a building that was divided up and rented out to several companies. Until the First World War, there had been 88 people living in the palazzo. Only eight were family members; the rest were servants and craftsmen.

“We never lived in the grand rooms downstairs. There was only one flat at the top, where we still live today,” explains Arrivabene in perfect English with no trace of an Italian accent, something she attributes to her nanny, Peggy from Peterborough, and not, as many assume, a fancy boarding school education.

One by one, though, the offices moved out. With the help of friends and local technicians and craftsmen, the couple set about restoring the palazzo to its original grandeur. 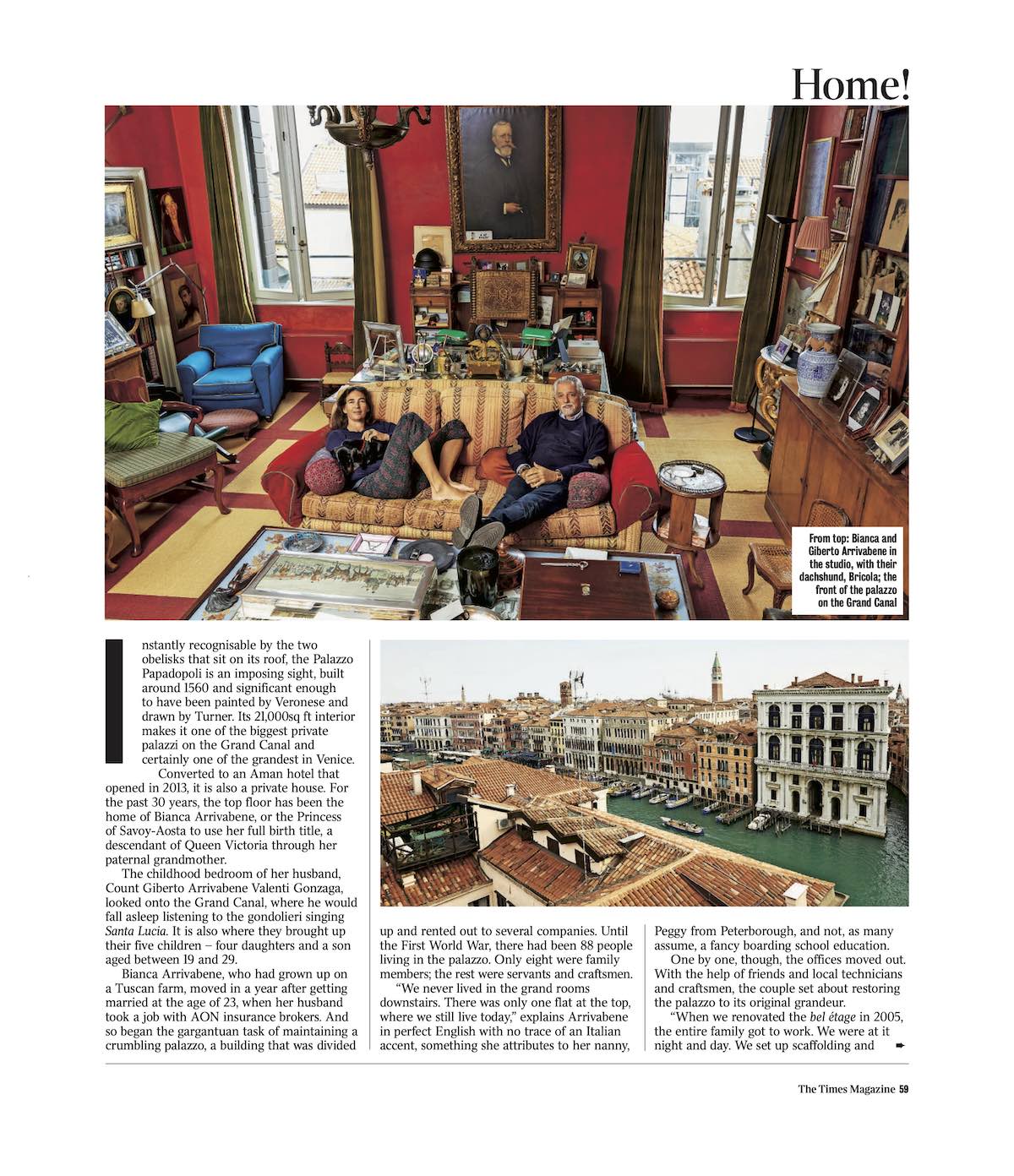 “When we renovated the bel étage in 2005, the entire family got to work. We were at it night and day. We set up scaffolding and sat at the top with a Hoover in one hand and a brush in the other, to remove the dust from the flying putti [cherubs] in the ceiling. It was so cool to see the colours come back to life.”

In the grand rooms, the Murano chandeliers, which hadn’t been used for 60 years, were lit once more. “Of course I always knew it was special, but for the first time I really saw the house come to life and could appreciate its layout – two staircases, the entrance on the small canal, the gardens, the light.”

Like many a chatelaine, she transformed it into a venue to rent – except in Arrivabene’s case, it wasn’t for weddings or conferences but Biennale exhibitions and Vogue shoots with Mario Testino and Natalia Vodianova. She tells me, “I used to call it high-end prostitution, but it was great fun.”

That isn’t to underestimate the toll that the juggling of leaky roofs with young children and her day job at Christie’s could take. It was resilience she credits with dealing with the daily combat of salt air and humidity, which eats up walls and 18th-century terrazzo floors. “It’s one of life’s most important qualities, more so than education or intelligence. With resilience you can get a lot of things done.”

In 2006, a friend suggested they meet Adrian Zecha, the Indonesian founder of Aman Resorts. It wasn’t an obvious match: Amans don’t tend to be in cities and are minimal in aesthetic, far from the flamboyance of a 16th-century Venetian palazzo. There was also the small issue that Giberto didn’t want to sell or move out. She smiles. “We came to an agreement: Adrian would rent out the building and we would remain on the top floor.” 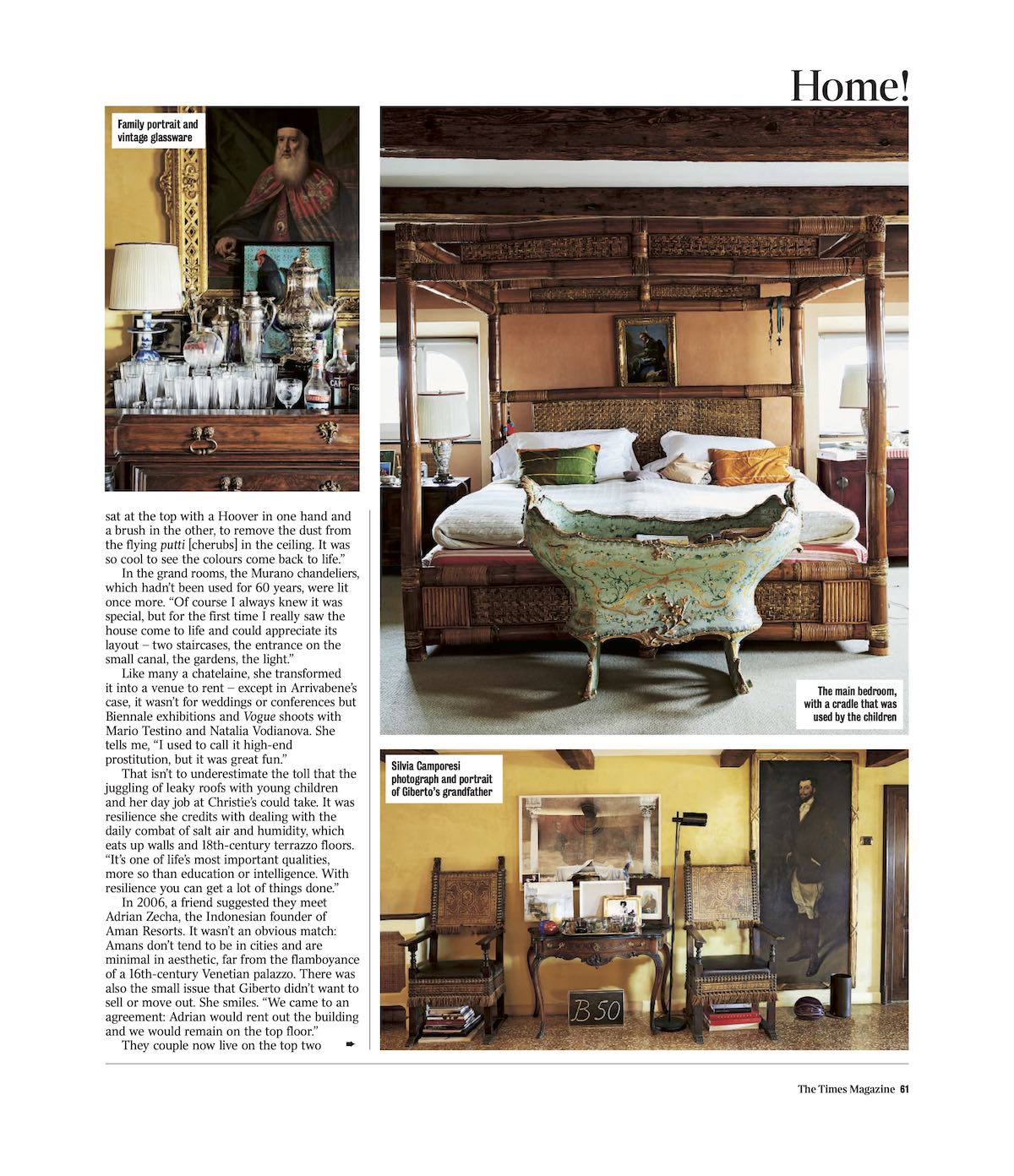 They couple now live on the top two floors, having built into the attic. She compares her home to a village where all the rooms lead off the “piazza” or the central living room. She points out the view of the Grand Canal and the portrait of her family by the Spanish artist Paco Carvajal – with so many children it took nearly two years to paint.

With characteristic understatement she waves airily at the furniture and art and says, “Mine is not Christie’s; it’s meaningful life stuff. The rest belongs to my husband.” She is passionate about photography, however, especially the work of Nan Goldin, Massimo Vitali and Silvia Camporesi.

Her husband was always going to Murano, tinkering with things he had found in his attic and designing plates and glassware with a more contemporary take. Friends kept asking to have some, and so 15 years ago he launched Giberto, a glassware company.

“What you get to create in Murano is about challenge and beauty: challenge because everything usually starts with a ‘no’ in Murano… and then you get there. It’s beauty too, because the whole process is beautiful: arriving by the vaporetto in the fog, working with the maestri who are rough and strong yet creating something so delicate in their hands.”

The collection includes exquisite coloured glass with tonally mismatched rims, and hand-engraved glasses that display the façades of different Venetian palazzi, adopting a technique that is nearly extinct.

Giberto has also “translated” marble busts into glass with an innovative technical process. His sculpture of Pauline Bonaparte (Napoleon’s sister) is on permanent show in the Victoria and Albert Museum in London. A recent addition is the Ottaviano Augusto bust.

Bianca Arrivabene smiles. The refit means the palazzo is intact for another 500 years.

“We are still living upstairs and we don’t have to think about fixing the chandelier or changing the bulbs because that is someone else’s job now.” She cringes as she recalls how she left a bath tap running once. “I said to myself, if my marriage can survive this, it can survive anything.” 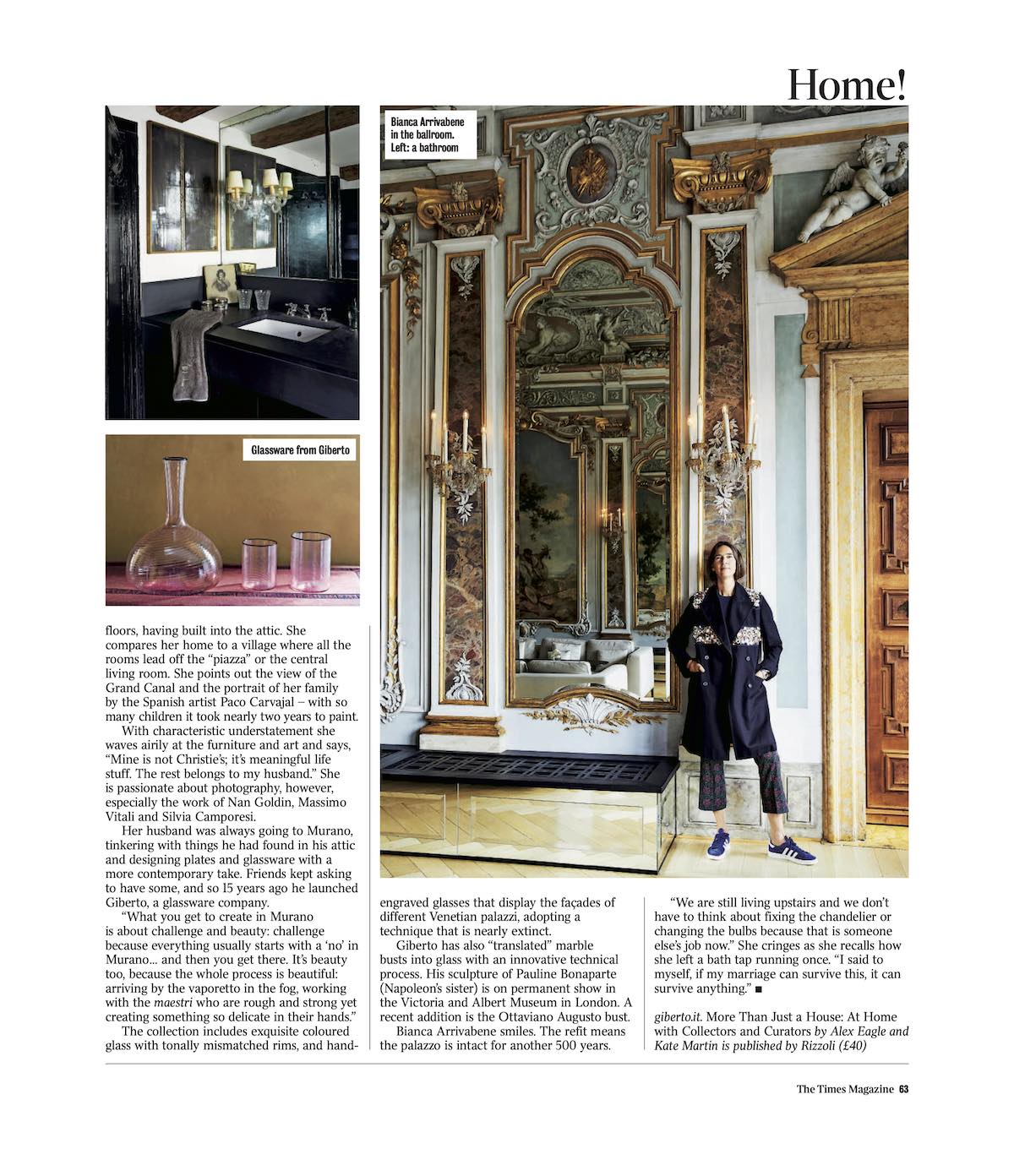 giberto.it. More Than Just a House: At Home with Collectors and Curators by Alex Eagle and Kate Martin is published by Rizzoli (£40)