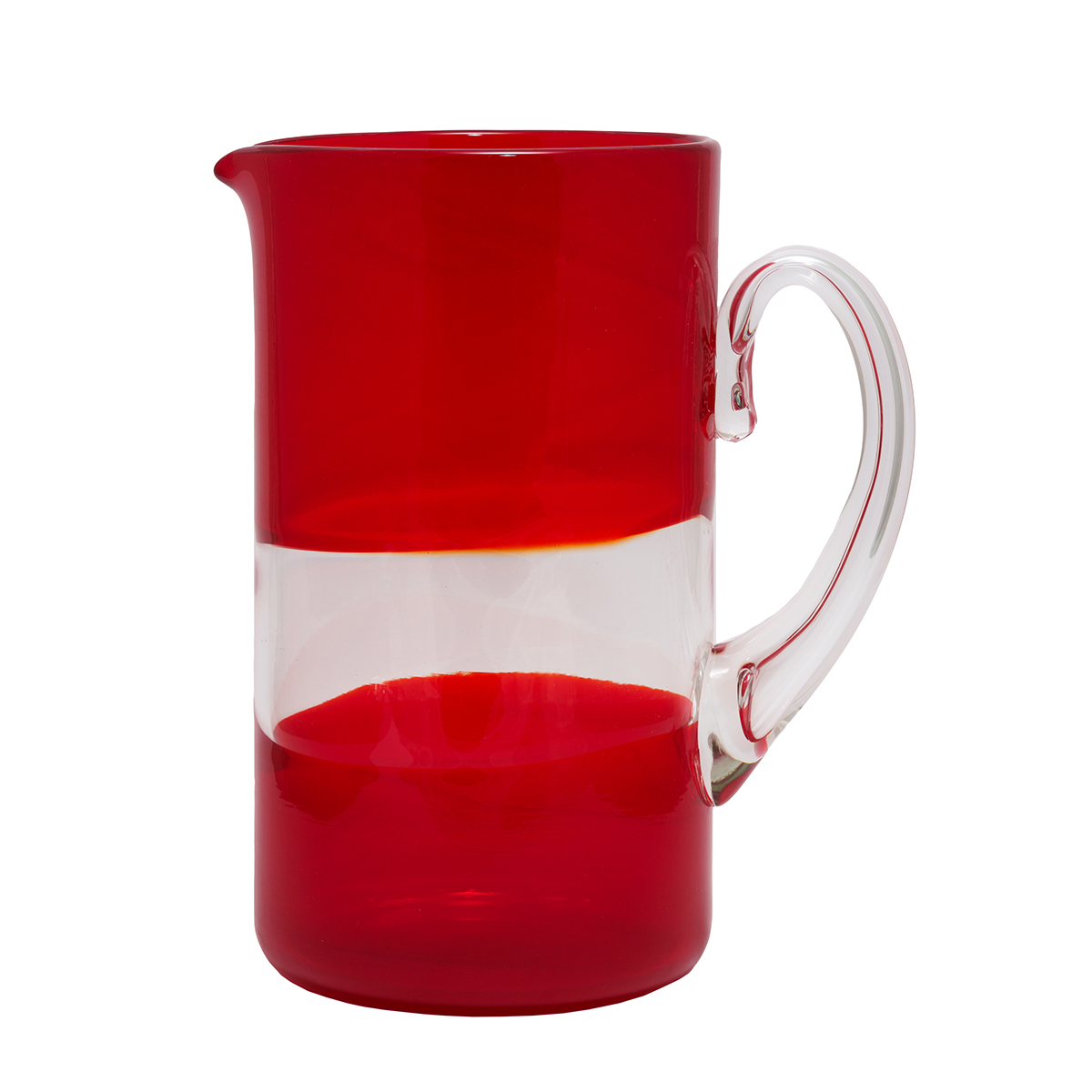 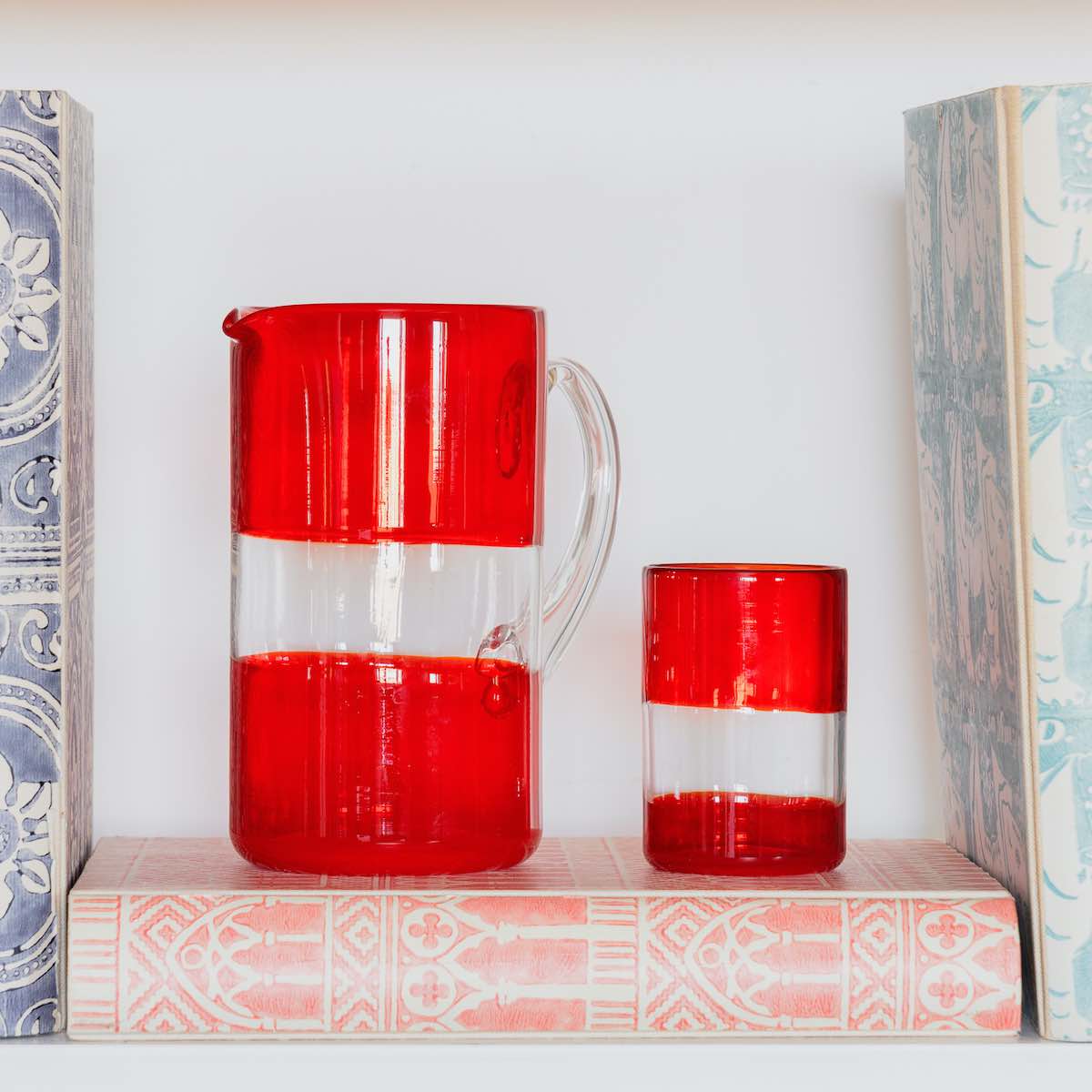 The Gondola jug with a simple cylindrical shape is hand-blown in red Murano glass.

The color red is historically tainted with a plethora of symbolic attributions. Here in Venice, the Rosso Veneziano is a symbol of the Serenissima’s history, its fortune, and its power. But it is also a secret science, a jealously guarded recipe to create the most vibrant hues. It was handed down and pursued by painters, dyers, alchemists and inventors, who were often the same thing in Venice. It is mostly a scarlet red, a specific tint of crimson for which textile industries and painters’ shops competed for the best pigment.

Similarly, Murano has its own potions to create the most complicated color to obtain in the furnace: the Murano red. Produced since the XIII century, when glassblowers were moved to the secluded island carrying their secrets with them, the color is made with cuprous copper oxide and is considered one of the most difficult to manage as it has the same composition as other colors such as amber and orange. Small chemical changes can lead to substantial differences in hue once the glass tempers and there is no way to understand exactly what the outcome will be until the glass is done cooling. Each production run is one of a kind, inimitable and unique. Inspired by the lagoon’s secrets, fascinated by the traditional color, Giberto created the Gondola glass, a tribute to Venetians’ ingenuity and to the city’s classic beauty.

Each piece derives from a watercolour sketch made by Giberto on tracing paper: “When I see something that inspires me, or an object that I like, I sketch and rework it – then move on to the realization of it.”

The glass, the main material in the collections, is worked exclusively in Murano. Each glass, each specific object, is blown by master glassmakers in the Venetian furnaces.

Giberto takes his watercolours to discuss with them and refine the project, check its feasibility, and to make eventual changes.